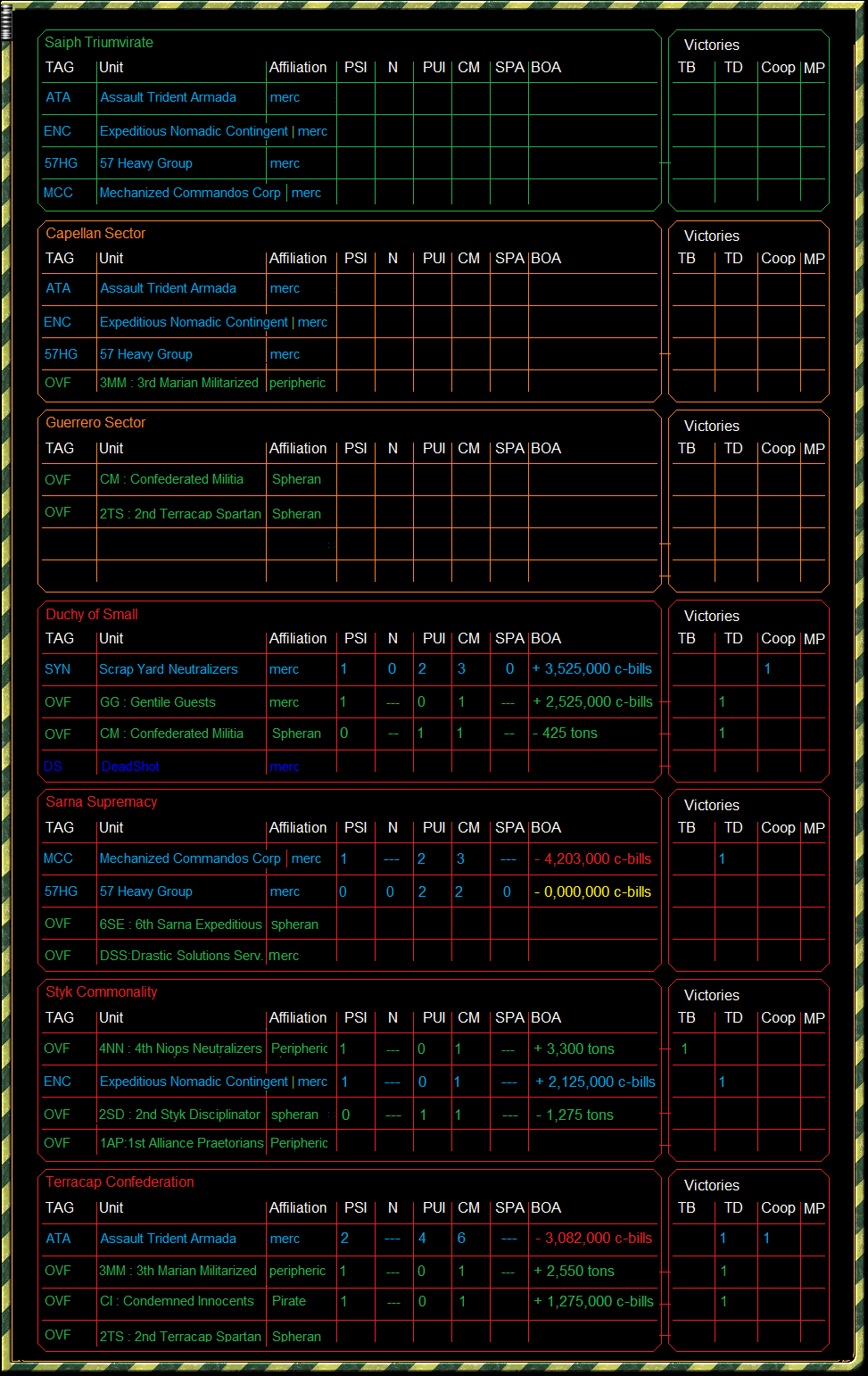 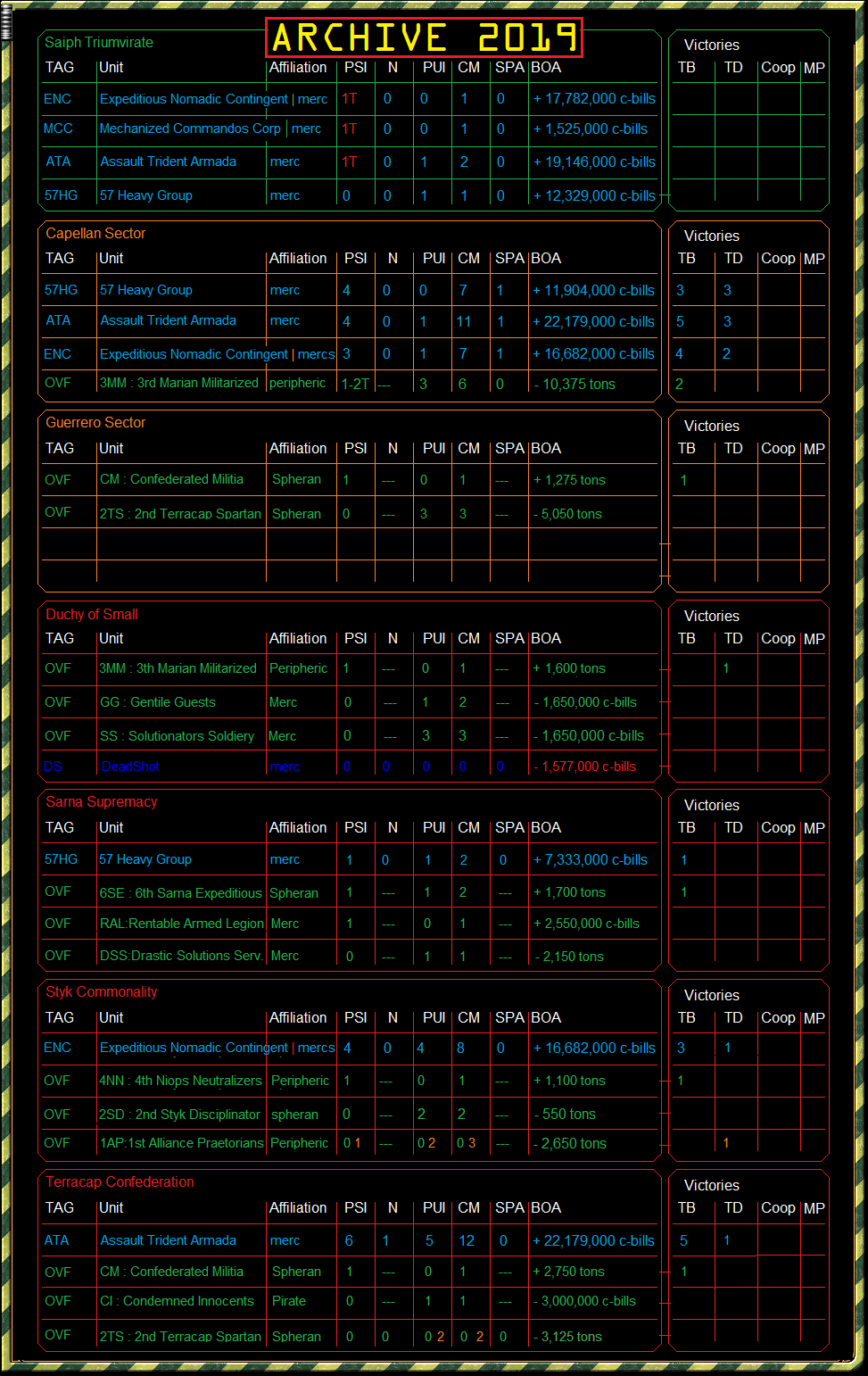 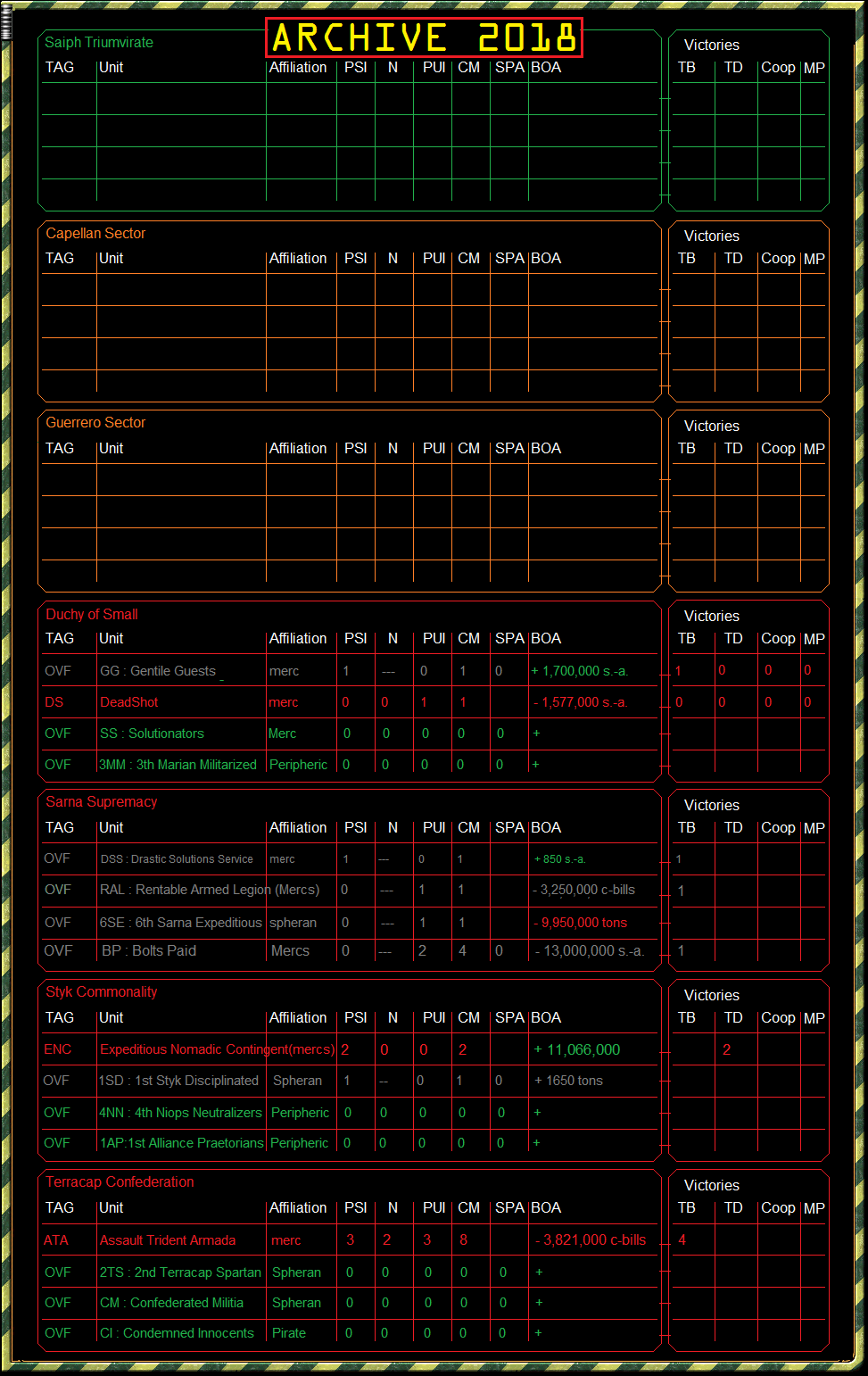 NOTE : One strategic supremacy is achieved when is occupied the first place in one certain sector when finalize the season of campaign .
The statistics of the campaign have triangular structure and are divided into three fronts and seven sectors :
· Nations Front is divided into four nations and therefore four sectors : Duchy Of Small,Terracap Confederation,Sarna Supremacy and Styk Commonality.
· Regions Front is divided into two regions and therefore two sectors : Capellan Region and Eagle Region .
· Triumvirate Front have only one sector : Saiph Triumvirate .
>>> IMPORTANT >>> EACH UNIT CAN HAVE STATISTICAL PRESENCE ONLY IN ONE UNIQUE SECTOR OF EACH FRONT AND WHEN A UNIT WANT CHANGE OF SECTOR MUST MOVE AT LEAST ONE GARRISON TO NEW SECTOR CHOSEN .
For determine the ranking of campaign that have each unit in each sector where have statistical presence is applied a scale of importance in relation to the results obtained by each unit in certain aspects of their trayectory in the campaign . The scale of importance respect to the results in statistics of campaign is shown in the following list :
· 1 -> PSI : planets successfully intervened i.e. the amount of battles won must be greater than the amount of battles lost on the planets successfully intervened
· 2 -> N : negligences i.e. computable errors  avoidable .
· 3 -> PUI : planets unsuccessfully intervened i.e. the amount of battles lost must be greater than the amount of battles won on the planets unsuccessfully intervened
· 4 -> CM : computed matchs i.e. the total amount of valid matchs fought
· 5 -> SPA : successful planetary assaults i.e. planets conquered with allies or without allies
· 6 -> BOA : balance of assets i.e. the positive or negative economic-material status accumulated in each moment